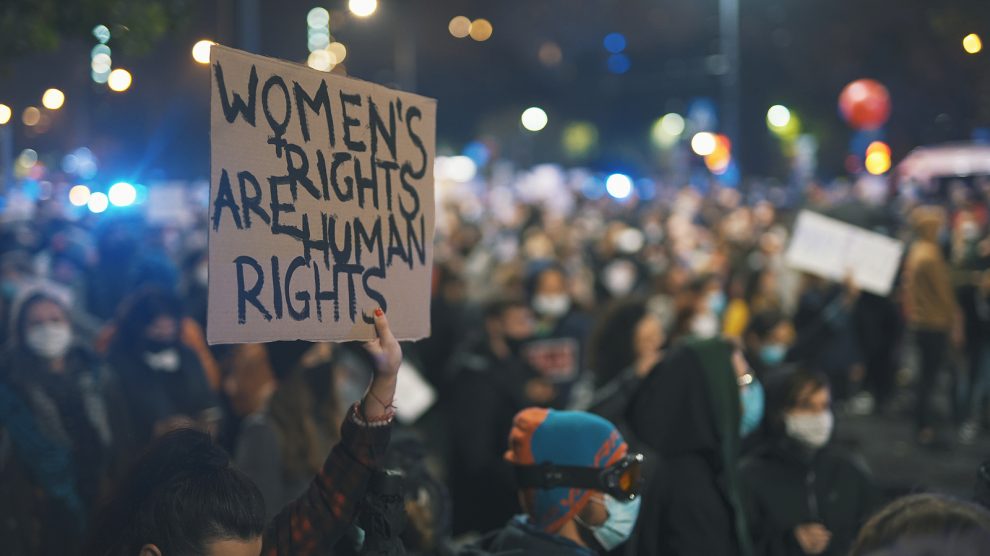 Turkey has withdrawn from the Istanbul Convention, which seeks to prevent violence against women, including domestic violence, and bring an end to legal impunity for perpetrators. Poland’s government meanwhile is reportedly considering an alternative, that it hopes will attract conservative forces from across Europe.

The Polish government’s alternative to the Council of Europe’s Convention on Preventing and Combating Violence Against Women and Domestic Violence – usually called the Istanbul Convention – would ban abortion and same sex marriage, according to a leaked government letter seen by the Balkan Investigative Reporting Network (BIRN).

Not that this would make a great deal of difference in Poland itself, where the Law and Justice (PiS)-led government has not been backward in coming forward to ban what it calls “gender ideology”, in particular tightening already severe abortion laws.

“Perhaps it would be possible to build an alliance, so that we would redefine the Istanbul Convention and establish the Warsaw Convention, which would be consistent with the manner in which human rights were developed in Western civilisation,” PiS MP Jadwiga Emilewicz told Radio Zet on March 21.

The Polish parliament is preparing to debate a citizen’s initiative to leave the Istanbul Convention. This after Turkey withdrew from the treaty, which it first signed 10 years ago, on March 20. The move has sent shockwaves through a country that is reeling from a large number of recent high-profile domestic violence cases and femicides.

It is unclear why Turkey made the decision to pull out of the convention, which is named after Turkey’s largest city, and seeks to prevent violence against women, including domestic violence, and bring an end to legal impunity for perpetrators. Poland’s Justice Minister Zbigniew Ziobro however says the treaty promotes “gay ideology” and requires schools to teach children about gender.

Poland signed the convention in 2012 and ratified it in 2015, but has on several occasions threatened to withdraw, most recently in June 2020.

‘Crimes against the family’

Poland’s idea for a replacement treaty would reportedly offer “particular support” to “the protection of the life of a conceived child” and “the concept of marriage [would be] reserved exclusively for the relationship of a woman and a man,” according to the leaked letter seen by BIRN.

“The term ‘sex’ should be understood as a set of biological features, including genetic features, enabling the objective distinction between a woman and a man,” the letter reportedly goes on. Among the details is the introduction of the concept of “crimes against the family”.

“One of the main contemporary threats to the family is domestic violence caused by pathological factors, such as alcohol and drug abuse, sex addiction or omnipresent vulgarisation and sexualisation of the image of women in mass media.”

The words are eerily similar to a draft international family rights convention prepared by the Ordo Iuris Institute, an extremist think tank. In fact, the Sejm’s debate on the bill is termed, “Yes to the family, no to gender”, an initiative of Ordo Iuris and former MEP Marek Jurek from the Christian Social Congress.

“In pursuit of the achievement of the objectives stated above and having regard to the constant threats to the family, the Ministry of Justice proposes that a convention be drafted together to be forwarded to the possibly wide group of addressees at the international forum,” the leaked letter reads.

The Istanbul Convention, which has now been signed and/or ratified by 45 countries (but not yet ratified by the European Union), attributes violence against women to the historical inequality between men and women, and defines gender as “socially constructed roles”.

According to the Polish Constitution, the president is authorised to withdraw from international treaties, but needs the approval of parliament.

The Ordo Iuris initiative asks Poland’s President Andrzej Duda to withdraw from the Istanbul Convention and establish an advisory body that, over the next three years, would begin a process to “develop the basic principles of an international convention on the rights of family” to replace it.

According to the Council of Europe, six countries in emerging Europe – Bulgaria, Czechia, Hungary, Latvia, Lithuania and Slovakia – have yet to ratify the convention.

Is the EU asking too much of Bosnia and Herzegovina?
Time is running out for Ukraine as corruption hinders Covid-19 fight
Comment