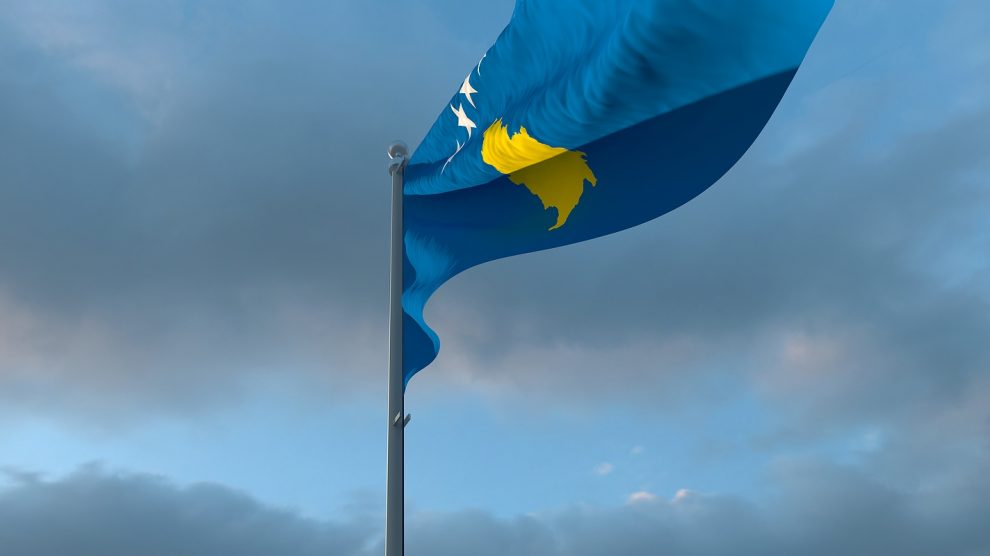 The likelihood of a deal between Kosovo and Serbia would appear to be as remote as ever following an online session of the UN Security Council, during which Russia – Serbia’s ally – took exception to a Kosovo flag.

An online session of the United Nation Security Council on April 14 – held to explore possible ways in which relations between Serbia and Kosovo could normalised – was overshadowed by the objections of the Russian representative to a Kosovo flag.

Russia’s Deputy UN Ambassador Dmitry Polyansky took issue with the flag, displayed behind Kosovan Foreign Minister Donika Gërvalla, pointing out that eight of the fifteen members of the Security Council do not recognise Kosovo’s independence and that Ms Gërvalla should not have displayed it.

“The Russian Federation and most of the other members of the Security Council do not recognise Kosovo’s independence, and the demonstration of the flag of that non-recognised entity is unacceptable,” he said.

His objections led to a 45 minute break in the session, with all 15 representatives discussing the issue privately.

The United Kingdom’s representative, Chanaka Wickremasinghe, said that Security Council video meetings are “not formal” and that the Kosovo flag had appeared at a previous meeting.

Ultimately, Russia was forced to cave in and the meeting was resumed with Ms Gërvalla’s background still displaying the blue and yellow flag.

Once the talks finally got underway, the mood was more agreeable, although only served to underline that a chasm remains between the two sides.

Zahir Tanin, the special representative of the UN Secretary-General and head of the United Nations Interim Administration Mission in Kosovo (UNMIK), said while presenting the latest report on the mission’s work that the result of Kosovo’s recent parliamentary elections “indicated a strong desire for change across Kosovo society towards greater equality of opportunity, accountability and the rule of law.”

“Voters in Kosovo raised their voices for breaking with the past and I hope that the members of the Council will add their clear support for the realisation of a more peaceful and more prosperous future in Kosovo and the region,” Mr Tanin added.

He also revealed that he had spoken on April 12 with Kosovo’s prime minister, Albin Kurti, and a day later with Serbian President Aleksandar Vučić.

Both expressed that continuing dialogue between the two countries was important.

“I know, from my discussions with both Prishtina and Belgrade, that each side is aware of how central the quality of their relations will be in achieving the aspirations of their constituencies for progress along the European path,” Mr Tanin said.

Nevertheless, Serbia’s foreign minister, Nikola Selaković, said that the recent Kosovo elections had shown that “political extremism” among Albanians in Kosovo was on the rise.

He pointed to what he called “offensive and threatening” graffiti in Kosovo’s Serb communities and opined that Albanian leaders “compete among themselves” to find the best ways to provoke incidents.

Attacks on Serbs in Kosovo, and “a disrespectful attitude” toward Serbian cultural monuments were also mentioned, as well as “intrusions” into Serb-run health institutions during the Covid-19 pandemic.

‘Kosovo’s independence is a done deal’

Ms Gërvalla, on the other hand, spoke of the perpetrators of war crimes during the Kosovo War, noting that many of them are still living freely in Serbia and other countries.

“Serb leaders continue to praise war criminals,” she said “and refuse to cooperate with international institutions.

Echoing the recent comments of Kosovo’s newly-installed president, Vjosa Osmani, Ms Gërvalla said that Serbia has to acknowledge its past.

“The independence of the Republic of Kosova is a done deal. The earlier Serbia accepts the reality, the quicker it can get [away] from its dark past into a bright future,” she concluded.

The fate of UNMIK itself was another bone of contention at the meeting.

The US representative expressed support for “sunsetting” the mission, noting it had fulfilled its original purpose, while the UK called for a review of the mission’s mandate and responsibilities.

Representatives from China and Russia, however, expressed continued support for UNMIK’s presence in Kosovo. Neither China nor Russia recognises Kosovo as an independent nation.