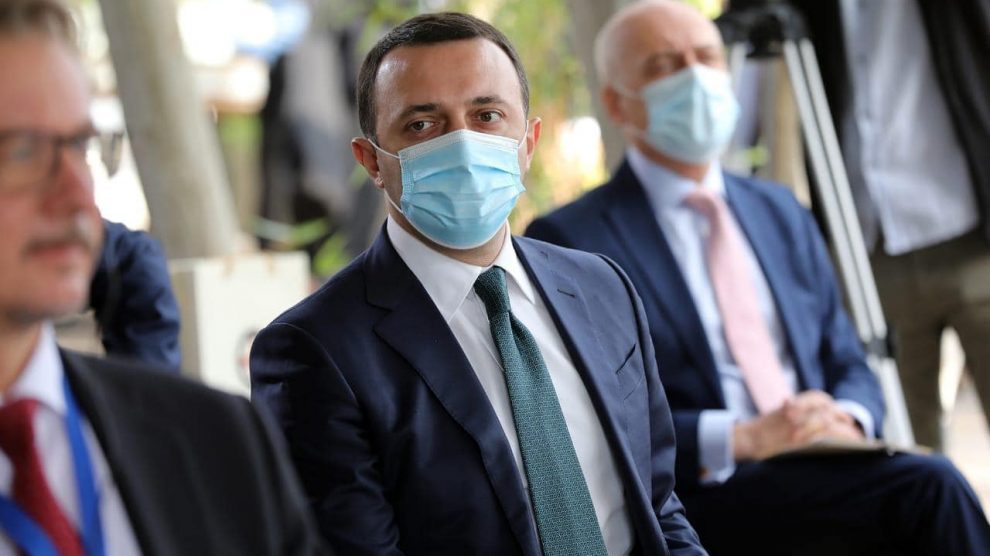 Just as Georgia’s latest political crisis appeared to have passed, the release of audio recordings allegedly implicating the country’s prime minister in the intimidation of critics of a billionaire’s son has stirred tensions once more. Neither the ruling party nor the opposition emerges with much credit.

Georgia’s current political crisis, which has already led to the resignation of one prime minister, began shortly after last October’s parliamentary elections, in which ruling party Georgian Dream party took victory with 48.23 per cent of votes. It was the third parliamentary election in a row won by the party. The largest opposition party, the Unified National Movement (UNM), won 27.18 per cent of the vote.

Eight opposition parties, including the UNM, announced that they would boycott parliament. Thousands of opposition supporters took to the streets in protest.

On February 18, Prime Minister Giorgi Gakharia resigned in a move which stunned the country and exacerbated tensions.

Gakharia’s resignation came in protest at a decision to jail UNM chairman Nika Melia, who was subsequently arrested on February 23.

The resignation validated long-standing rumours of tension between Gakharia and the founder of Georgian Dream, the billionaire Bidzina Ivanishvili. Gakharia was replaced by Irakli Garibashvili (pictured above, centre), who previously served a brief stint as prime minister between 2013 and 2014.

Melia was initially arrested in 2019, accused of inciting violence. This followed his organisation of protests in the summer of 2019, some of which turned violent.  These protests were triggered when Sergei Gavrilov, a Russian MP, sat in a chair reserved for Georgia’s parliamentary speaker. Gavrilov had been in Tbilisi to attend a meeting of the Interparliamentary Assembly on Orthodoxy, an institution aiming to foster cooperation between Orthodox Christian countries.

Melia was released on bail in November 2019, provided that he wore an electronic bracelet. Bail was set at 40,000 lari (around 10,000 euros), which he was obliged to pay by December 24, 2020. Melia refused to post bail and publicly removed his electronic bracelet the same month.

If convicted on the charge of inciting violence, Melia could face up to nine years in prison. His new arrest triggered more protests in most major cities in Georgia.

The political standoff showed signs of cooling in early March, when European Council President Charles Michel mediated talks between the Georgian Dream and the opposition.

On March 5, the Organisation for Security and Co-operation in Europe (OSCE) released its final report on the October 2020 parliamentary election, in which it concluded that the elections were “competitive and administered efficiently despite the challenges posed by the Covid-19 pandemic”.

In the recordings, Bera Ivanishvili, a rapper, is heard to ask the head of Georgia’s security services Anzor Chubinidze and current prime minister Irakli Gharibashvili to intimidate people who criticised him on social media.

Chubinidze and Gharibashvili agree to the intimidation. In other audio clips, Chubinidze is heard boasting that one of the targets was left “pale” and “shaking” after being visited by police officers. Since the audio aired, at least seven other people have come forward claiming that they had been intimidated by police after making negative comments about the Ivanishvili family on social media.

Cue new protests, calling for Gharibashvili’s resignation and for snap elections to be held.

Georgian Dream did not deny the identities of the people in the audio clips, but claimed that they had been manipulated to distort the truth. A party spokesperson claimed that the clips were from 2010, before Georgian Dream existed and before Bidzina Ivanishvili had become involved in politics.

All of these controversies have cast doubt on Georgia’s political aspirations and caused much concern amongst its allies. Josep Borrell, the European Commission’s foreign policy chief, stated that, “the situation risks undermining Georgia’s democracy.”

The decision to jail the chairman of the main opposition party, during an already tense period, can be seen as a reversion to a more illiberal past. Furthermore, the leaked audio clips of Bera Ivanishvili telling civil servants to intimidate personal foes has cast minds back to the turbulent 1990s, an era marred by corruption and gangsterism.

However, the crisis has also demonstrated that the Georgian opposition is not above underhand tactics.

The release of the OSCE’s report into the election – which found little evidence of the widespread fraud claimed by opposition parties – should have gone a long way in diffusing tensions, and establishing some legitimacy in the new parliament, particularly since it was released shortly after mediation efforts by the European Union.

The timing of the release of the audio clips – just one day after the unveiling of the OSCE report – looks calculated. This has major consequences for the Georgian people. For one, this now months-long period of political uncertainty indicates a lack of political alternatives for Georgians. Both the two largest parties – UNM and Georgian Dream – differ little in policy, particularly when it come to economics.

In late 2020, a poll showed that 30 per cent of Georgians don’t identify with any political parties.

Georgia has long been viewed as a shining example of democracy in the region, particularly since the 2003 Rose Revolution which ushered the UNM’s Mikheil Saakashvili into office. The country had taken major strides towards integration with both the European Union and NATO (in September 2020, NATO Secretary-General Jens Stoltenberg told Georgia to “prepare for membership”).

Watching the current crisis with great attention is Russia, which currently occupies two breakaway regions in Georgia, Abkhazia and South Ossetia, one fifth of Georgia’s territory. Both of the main parties accuse each other of being Russian stooges – if the political deadlock continues, Russia could sense an opportunity to gain influence by backing one of the parties.

This comes against a background of declining faith in the ability of Washington and Brussels to protect countries like Georgia against imminent threats.

Neighbouring Armenia, which had a “colour revolution” of its own in 2018 was left to fend for itself in the recent war in Nagorno-Karabakh, which culminated in a sweeping Armenian defeat and has placed a question mark over the future of the leader of that revolution, Nikol Pashinyan.

For now, the political crisis in Georgia shows few signs of abating. More EU-led mediation looks both likely, and necessary.