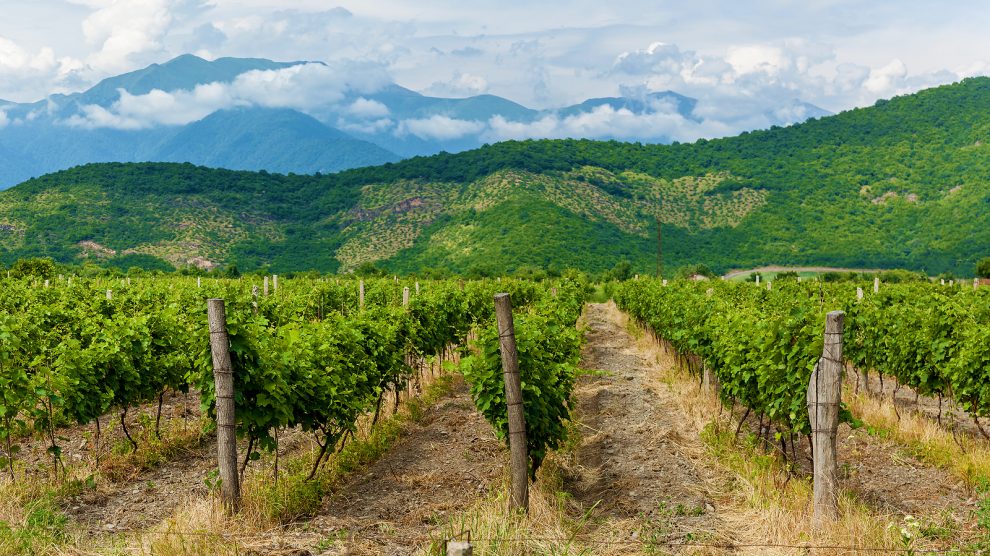 Around 41 per cent of the Georgian population live in rural areas, and the majority of those still rely on agriculture for their livelihoods.

The potential of agriculture in Georgia to contribute to achieving green, sustainable, and inclusive
development is clear; and years of focused policy interventions and investments in the sector
have started to bear fruit, according to a new report from the World Bank.

The report, Agriculture, Water, and Land Policies to Scale Up Sustainable Agri-food Systems in Georgia, summarises the main constraints and opportunities facing Georgia in efforts to boost the contribution of the agriculture sector to economic growth, as well as its contribution to diversification, job creation, poverty reduction, food security, and climate resilience and mitigation.

Successfully achieving these objectives, the report says, requires an integrated set of multi-sectoral policies, which the government of Georgia has already identified and prioritised by urgency and technical readiness.

“In the past decade, the value of food production has increased sharply, with some export-oriented producers and agri-businesses successfully developing value chains, and showing that sustainable growth is feasible,” says Sebastian Molineus, World Bank regional director for the South Caucasus.

“Agricultural competitiveness is crucial for Georgia’s sustainable economic growth, which means that it needs to invest in improving production, processing, compliance with international market standards, and efficiency of supply chains.”

Approximately 41 per cent of the Georgian population live in rural areas, and the majority of those still rely on agriculture for their livelihoods.

Even though Georgia is a net importer of agri-food products, its trade balance significantly improved during the last decade.

According to Geostat, Georgia’s statistical agency, for the period of 2010-20 agricultural imports and exports exhibited increasing trends, but agricultural exports grew at a higher rate than imports. As
of 2020, agri-food products constituted 28 per cent of the country’s total exports, while the corresponding share in total imports was 15 per cent.

Much of this success from a growth in exports of wine. The Georgian National Wine Agency reported 13.8 per cent growth in wine exports during 2021, with more than 100 million bottles distributed abroad by over 420 companies. Export revenue reached 239 million US dollars, a 5.6 per cent increase on 2020.

Yet despite these successes and potential opportunities, challenges remain.

Farms in general have a low level of productivity and are disconnected from markets, and agri-food export products and destinations remain highly concentrated.

The report suggests that resolving agriculture sector constraints is a necessary but insufficient condition for improving the sector’s performance.

The availability and efficient use of water resources in a reliable, timely, and flexible manner for farmers is critical for the sector’s growth, while improved land management and administration are necessary for secure land ownership, as well as a sustainable and productive management of resources.

As such, simultaneous interventions will be required in addressing core sector constraints in Georgia’s water and land sectors, and the timing is even more urgent when factoring in increasing climate change variability and risks.

Fallout from Russia’s invasion of Ukraine

Russia’s invasion of Ukraine has also had an impact on the need to boost agricultural production.

“Amidst the current situation in the region, increased agricultural production is becoming ever more crucial for the country,” says George Khanishvili, Georgia’s deputy minister of environmental protection and agriculture.

As early as March, just a couple of weeks after the invasion began, David Kirvalidze, a board member for an international non-profit, Cultivating New Frontiers in Agriculture (CNFA) and previously minister of agriculture in Georgia, warned that the country – which imports most of its wheat from Russia – faces the prospect of a severe food security crisis as a result of the war in Ukraine, and would need at least 100,000 tons of wheat from the United States.

“This will enable the creation of a food reserve to protect the country against a possible wheat shortage,” he wrote. “This will also offset the negative impact of reducing or fully stopping imports from Russia. Holding back food supplies from a country like Georgia is a war without bullets and, since [Vladimir] Putin leverages Russia’s resources for political blackmail, this type of intimidation is very likely.”