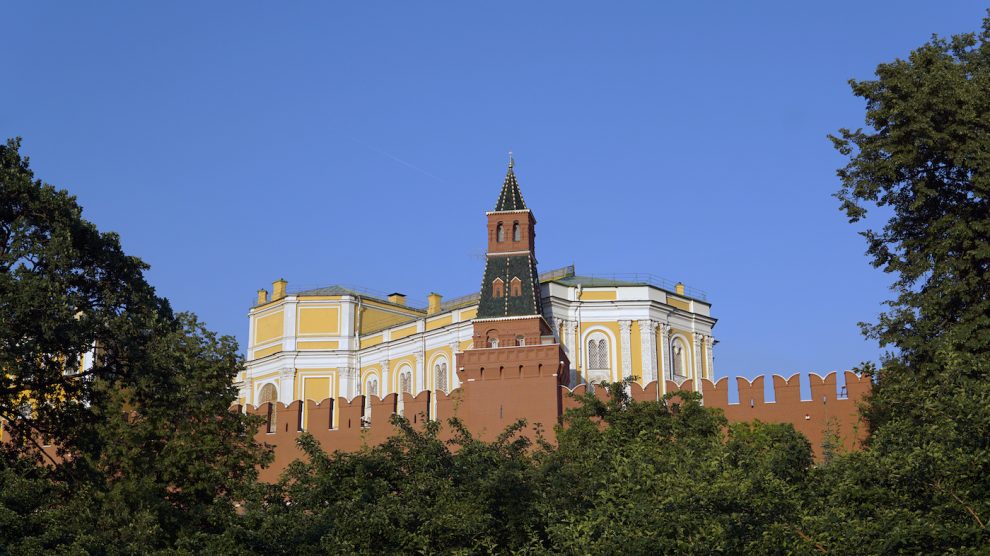 NATO is facing new challenges throughout the Mediterranean region due, in large part, to Russia’s expanding influence.

Moscow’s influence in the region has been expanding rapidly over time, most notably during the past decade, and it isn’t merely isolated to a show of military force. However, this is one piece of a much larger puzzle.

Russia has focused on four significant areas of influence during this time: energy, Syria, ties with Turkey, and streamlining its military structure. With permanent military bases in Syria, Sudan, and Libya, Russia’s presence in the Caucasus is sounding alarm bells for Europe.

Russia’s military might is ever-expanding, and the recent Nagorno-Karabakh conflict between Azerbaijan and Armenia highlights this notion. The 44-day conflict, a prolonged battle for territory in the Caucasus, saw approximately 146 civilians killed. The tense relations created a vacuum for Russian involvement, much like its infiltration in Syria and Libya, allowing the former-Soviet power to assume a more active role. The Russian-brokered ceasefire ended weeks of clashes in the region. Russia’s largest military base along the Caspian Sea is stationed in Armenia, and the Caucus nation calls for more Russian troops to be positioned there, spotlighting Armenia’s reliance on Russia and its dominance in the Caucasus.

Russian President, Vladamir Putin, has been accused of trying to reassert control over regions lost when the former Soviet Union collapsed.

Whatever the motivation may be — whether personal, redemptive or simply an inability to maintain control over its own domestic interests — Russia’s growing force is now signalling instability for the region.

From Armenia to Crimea, and now Belarus, Russia’s increase of military and political control over neighbouring countries and regions has pushed some European policymakers to advocate the cessation of their business activities in these countries. This sentiment is only heightened given that these countries also claim, in contrast to Europe’s stance, that Crimea ceded control to Russia, which is what Belarus now appears to be poised to do, as well.

As politics is inevitably intertwined with commerce, trade, and economies at large, Russia’s conduct in the region has significant ramifications on European markets, too. For example, Russia’s dominance in Nagorno-Karabakh and its stronghold on Armenia is bad news for European interests, considering the fact that Armenia is the second-largest importer of European goods.

Yet, Russia’s involvement in these countries is no fleeting matter. In fact, quite the opposite. Armenia’s overgrowing reliance on Russia is already evident. Following Azerbaijan’s recent victory over Armenia, there are now more than 5,000 Russian troops within the nation’s borders, providing a level of protection and security, which many Armenians feel warrants trading sovereignty for. On the Eastern front, Russia has essentially established what some are calling a permanent war situation along the Ukrainian border.

The Kremlin has also deployed numerous troops to South Ossetia, granting Russia the ability to intimidate and impact Turkey and other fellow NATO nations. However, the key difference with regard to South Ossetia and places like Crimea is that it hasn’t ‘ceded’ control to Russia; it maintains its own decisions and autonomy, providing Russia with a guise under which it may conduct its affairs with limited international scrutiny.

Since 1992, France has been a co-chair of the ‘Minsk Group, along with the US and Russia, which was set up to ease tensions between Azerbaijan and Armenia.

In November 2020, French and U.S. representatives sought to help broker the ceasefire but played no measurable role in that effort. As such, Moscow decided to take it upon itself to broker the ceasefire. This move emboldened Russia as it viewed France as a weak influence, in addition to the U.S. What also fortifies Russia’s stance is the puppeteering of Europe’s border nations.

While Belarus, Ukraine, and Crimea represent only a small portion of the European continent, they are strategically vital to Russia’s growing political and military influence throughout the region. If this trend continues unchecked, it could have long-lasting impacts that could continue well over the next century and beyond.

As Russia continues to press its interests throughout Eastern Europe and the Caucasus, it will have negative repercussions on NATO and the EU’s ability to operate and carry out its own long-term initiatives and goals.

Currently, Russia is utilising the energy sector to expand its influence. As surrounding nations become more heavily reliant on Moscow for oil and gas exports, this directly influences how finances and trade are managed and maintained.

While the EU and NATO appear more short-term focused, in terms of initiatives, Russia is playing the long game. This appears to be Moscow’s mindset, allowing it to methodically increase its power throughout the Caucasus and into Europe.

Recently, Germany and France agreed on a resolution intended to draw power back from Russian incursions and help the EU stay more unified in its position against continued influence by its Russian neighbour.

However, what appeared to be a potentially strong resolution has exposed a rift in the EU, with some countries not willing to take such a strong stance against the Kremlin. Many EU leaders claimed to have been blindsided by the proposal, leaving questions about the European Union’s ability — much less will — to stand firm against Russian aggression.

Suppose the EU and NATO are not able to unite against the continued spread of Russian military and political power in the Caucasus and beyond. In that case, it may only be a matter of time before Putin’s goals are achieved.

Isla Turner is a political analyst based in Melbourne, Australia, specialising in Australasian and European affairs.

Ukraine and Poland should not give up on Nord Stream 2
Moldova’s relationship with Romania has changed, possibly forever
Comment