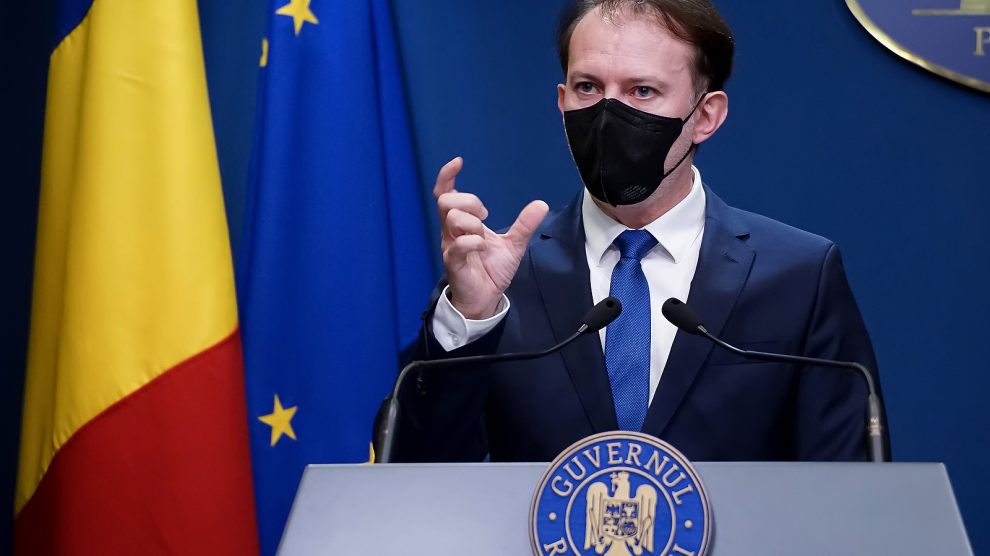 Romania’s government lost a motion of no confidence on October 5, just hours after the country recorded its highest ever number of new Covid-19 cases.

Struggling to cope with a Covid-19 pandemic that increasingly looks out of control, the country now faces a renewed period of political uncertainty following a parliamentary vote of no confidence on October 5 that dismissed the cabinet of Florin Cîțu, prime minister for less than a year.

“It does not end here,” said Cîțu. “One government falls, but I will build another, one based on liberal values.”

According to Claudia Postelnicescu however, a Romanian lawyer and political consultant, this is unlikely.

“From a legal and political perspective, Florin Cîțu has no future as prime minister,” she tells Emerging Europe.

Cîțu’s Liberal party (PNL), which holds 134 of the 436 seats in Romania’s parliament, has been increasingly isolated since August when the Save Romania Union (USR), part of the coalition that had run the country since a general election last December, walked out following Cîțu’s dismissal of Stelian Ion, the minister of justice and a member of the USR.

Ion was the second USR minister to have been dismissed by Cîțu in less than six months: Vlad Voiculescu, the health minister, was sacked in April.

The USR’s departure from government meant that the PNL could count on the support of just the Hungarian Democratic Union (UDMR), but its 30 seats came nowhere near offering Cîțu the numbers he needed to cling on.

In the no confidence vote, put forward by the Social Democrats (PSD), the largest party in parliament, 281 of Romania’s MPs opted to dismiss Cîțu, who last month deposed another former PNL prime minister, Ludovic Orban, as leader of his party following a long, often bitter campaign.

Only the PNL and UDMR – whose leader Kelemen Hunor cited the country’s need for a government with full executive authority to fight Covid-19 (the temporary government that will now take over will be unable to pass emergency legislation) – backed Cîțu.

Covid-19 increasingly out of control

Many analysts in Romania have pointed to the conflict between Cîțu and Orban – which has dominated Romanian politics for months, often at the expense of other issues – as one of the reasons behind the main reasons for the country’s calamitous efforts to contain the coronavirus, particularly its lagging vaccine campaign.

Fewer than a third of Romanians have been vaccinated against the coronavirus, the lowest percentage in the European Union with the exception of neighbouring Bulgaria, itself without a permanent government for more than six months.

On October 2, around 10,000 people – many supporters of the far-right Alliance of Romanian Unity (AUR) – demonstrated against the vaccine and Covid-19 restrictions in the capital Bucharest.

The Romanian authorities meanwhile were on October 4 forced to suspend non-emergency surgery in state hospitals across the country for a month in order to redeploy staff in an effort to cope with the rise in Covid-19 patients.

While the USR – which at the weekend elected Dacian Cioloș, an MEP and erstwhile leader of the Renew Europe group in the European Parliament, as its new leader – has said that it wants to return to government with the PNL and UDMR, both Cioloș, and the party’s former boss Dan Barna have made it clear that it will do so only under another prime minister.

“You destroyed a coalition that had broad public support,” Barna told Cîțu during the no confidence debate in parliament. “You cynically sacrificed political stability.”

It was notable that PSD figures who spoke during the debate, including Sorin Grindeanu, a former prime minister, attacked the USR rather than Cîțu or the PNL, suggesting that the party may be open to a broad coalition, possibly led by a technocrat, or offering a minority PNL government its unofficial backing.

“Today’s noise in parliament – it can’t be called a debate – demonstrated just who Romania’s old political class fears: the USR,” says Adrian Mihălțianu, managing editor of Romanian investigative news platform PressOne. “Yes, they played their hand [in government] badly, but it is worth noting that all the other parties allied against them.”

Cîțu himself said only that “all possibilities are on the table”.

Regardless, Romanian President Klaus Iohannis – who very publicly backed Cîțu in his fight against Orban – must now nominate a new prime minister.

“The president is obliged to nominate a prime minister capable of ensuring a parliamentary majority,” she says. “Ignoring or overlooking this obligation places the president in a very uncomfortable position that will have consequences.”

With the PSD currently holding a comfortable lead in opinion polls, however, he will be reluctant to do so.

Why Lithuania must do more to reduce CO2 emissions, despite progress
Russia begins filling Nord Stream 2, but the pipeline’s future remains uncertain
Comment