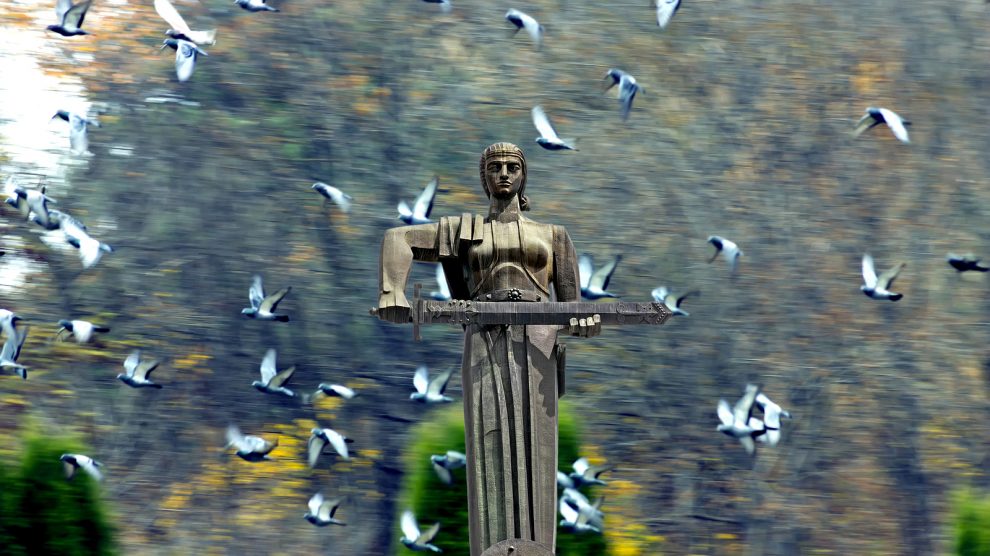 Armenia remains divided, its economy is in trouble, and its leaders increasingly view Russia as a saviour.

The snap parliamentary elections of June 2021 have not resolved Armenia’s political crisis, one in which it has found itself since the 2020 war with Azerbaijan in Nagorno Karabakh.

The devastating war was characterised by grave fatalities and substantial territorial losses that in many ways, have determined the political landscape of post-war Armenia.

A Russian-orchestrated ceasefire not only confirmed Armenia’s military defeat and forfeiture of territories but induced the country’s immense crisis. This peace agreement was responsible for the destabilisation of the Armenian government’s validity, intensification of political divisions, and reinforcement of political polarity that has historically plagued Armenian politics.

For political parties opposing the current administration, the terms of the ceasefire agreement questioned Prime Minister Nikol Pashinyan’s standing; portrayed him as the country’s traitor, and continually demanded his resignation during protests and demonstrations conducted after the ceasefire’s implementation.

Notwithstanding Armenia’s devastating military defeat, the June parliamentary elections resulted in Pashinyan achieving a majority. But a fitting explanation for the electoral results is less about the public favouring Pashinyan and more about the public’s painful recollections of the former administrations of presidents Robert Kocharyan and Serzh Sargsyan.

The fact that Armenia Alliance, led by Kocharyan, came in second in these parliamentary elections led to further polarisation within Armenian domestic politics. Instead of searching for a way out of this chaotic landscape, both the ruling Civil Contract party and Armenia Alliance have resorted to recriminations.

While Pashinyan’s supporters assign blame to former President Kocharyan for putting Armenia in a position where it would lose the war against Azerbaijan, Kocharyan’s proxies attribute the defeat to Pashinyan’s utter recklessness. In other words, Pashinyan and Kocharyan accuse one other for actual and potential shortcomings and wrongdoing that plunged the country into an abyss.

Meanwhile, war-torn Armenia continues to face unresolved problems, including, but not limited to, the Covid-19 pandemic and economic devastation. The Armenian domestic political landscape can be best described by a “zero sum game”, where even threats of national security do not diminish frictions between leading political actors.

Furthermore, the country’s subsequent political instability has been complicated to a greater extent by the tremendous mismanagement of the pandemic and economic underdevelopment. According to the World Bank, the Covid-19 pandemic and the Nagorno-Karabakh war derailed Armenia’s economic expansion, resulting in a sharp 7.4 per cent economic contraction. These dual shocks were fraught with an increase in poverty, especially amongst the urban populations.

Moreover, with adequate recognition of public discontent, the Armenian government has been unrelenting in its efforts at controlling the media’s narrative and public discourse regarding politically sensitive issues.

On October 9, the Armenian Constitutional Court upheld recent legislation which substantially increased the penalties for insulting individuals for their “public activities”. In effect, the law is consistent with measures that non-democratic governments resort to in order to suppress anti-government dissent. Meanwhile, amongst the driving forces behind the 2018 Velvet Revolution was the Armenian people’s fervent desire to flourish in a more democratic country, where their political freedoms are protected.

An increase in Russian dominance

Pashinyan previously disguised himself as a pro-European figure, yet shortly after coming to power, he cemented Armenia’s pledge of allegiance to Russia.

Namely, Pashinyan repeatedly declared that Armenia is not going anywhere, while the Armenian-Russian “strategic friendship” would be further deepened and developed.

As a result, along with tightening Russia’s grip on Armenia, the Russia-brokered ceasefire has fortified Russia’s image as a “saviour” across Armenia. This narrative is far from novel. Rather, it has been deeply engrained in Armenian political thinking and public consciousness.

Shortly after the collapse of the first Armenian Republic and its Sovietisation in 1921, one of the prominent leaders of the Armenian government, Hovhannes Kajaznuni, noted: “From the first day of our statehood we well acknowledged that such a small, poor, deprived, and isolated country as Armenia, cannot become truly independent and autonomous … We should be grateful to Bolsheviks. By deposing us, they – if not saved — have put us on a reliable path ….”

It is remarkable to note that a century later, Armenian political thought largely remains marked with perceptions of itself as “helpless” and Russia as its “protector” in the face of Azerbaijani-Turkish aggression.

Even several opposition leaders, such as former President Kocharyan and Artur Ghazinyan, a key member of the Armenia Alliance party, contended that considering the war’s ruinous effects on Armenia, it would be a reasonable decision and in the best interests of Armenia’s future, to become a part of Russia and form a united/common state with the Russian Federation.

The Armenian authorities, media, and the Armenian intellectual community consistently feed the public the ensuing narrative; that Russia saved Armenia by deploying peacekeepers across the conflict zone. Thus, the portrayal follows that all Armenians should be grateful to Russia and revere the Armenian-Russian alliance at all costs.

Notably, certain political figures and activists even go as far as fiercely condemning any anti-Russian sentiment, avowing that Russia is the only country that stopped the war, while the European Union and the United States, by their inaction allowed the bloodshed to continue. The former Chief of the National Security Service Arthur Vanetsyan stated that there can be no better ally for Armenia than Russia.

The most conspicuous exception challenging these narratives is the National Democratic Pole, which blamed the devastating state of Armenia on Russia. The party achieved less than two per cent of the vote in the snap parliamentary elections of June 2021.

Endurance in an unsettling atmosphere

The Russian-brokered ceasefire has failed to bring peace to the region. In effect, Azerbaijan continues to carry out incursions into the vulnerable Syunik province, blatantly assuring the realisation of the so-called “Zangezur corridor”, which would form the country’s connection with Nakhchivan Autonomous Republic.

Eminently, on November 14, Azerbaijan’s armed forces committed acts of military aggression and advanced towards the borders of the municipality of Sisian, within Syunik province. As a result, they captured four Armenian bases or strongholds about one-two kilometres inside the territory of Armenia.

While the central objective of the Azerbaijani assault is to intimidate and spread panic across war-torn Armenia, as well as ensure its acceptance of the “Zangezur corridor”, the Armenian political leadership blindly maintains its adherence to the narrative, that only Russia can bring peace to Armenia.

Russia’s peacemaking constitutes the deployment of the Russian peacekeeping forces across the Armenian-Azerbaijani border. Ironically, Pashinyan, who before rising to power raised the issue of Armenia’s withdrawal from the Russian-led Eurasian Economic Union and Collective Security Treaty Organisation (CSTO), recently expressed aspirations of witnessing the sight of Russian forces guarding Armenia’s entire border with Azerbaijan.

Meanwhile, Russia would significantly relish in the expansion of its influence over Syunik, considering the province’s strategic location near the Iranian border.

That said, Armenia’s troubled relations with neighbouring Azerbaijan and Turkey continue to power the perception and treatment of Russia as a most-respected “saviour.”

The Kremlin skilfully capitalises on this sentiment, which has been steadily intensifying amongst Armenian political thinking and public consciousness.

Non-lethal weapons: The future of CEE’s arms trade is tech
Why the German Mittelstand is the way forward for CEE’s businesses
Comment