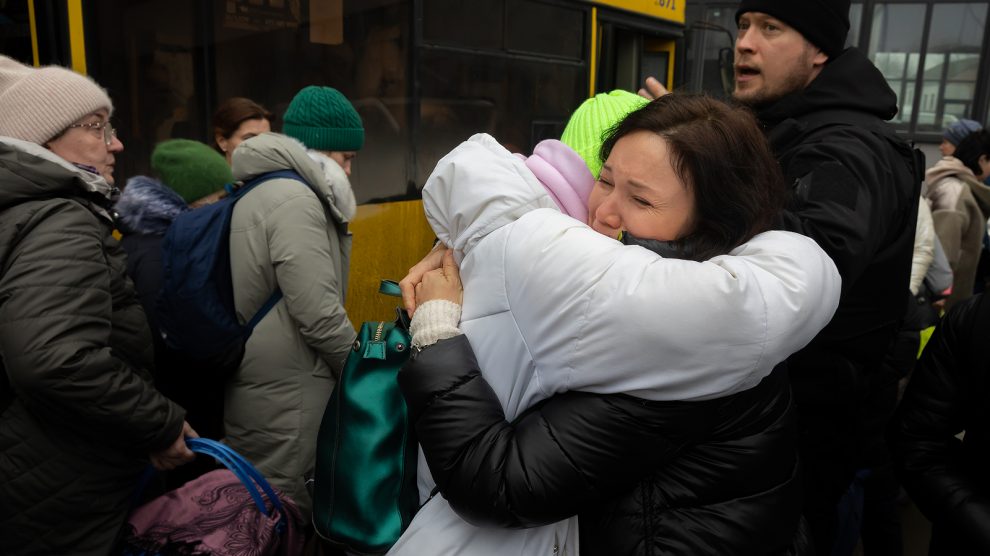 The world has been shocked by the return of armed conflict to Europe and the catastrophic risk of its escalation. A solution needs to be found in the meeting room, not on the battlefield.

While comedian turned Ukrainian President Volodymyr Zelensky has taken no time in demanding a no-fly zone over Ukraine, immediate accession to the European Union and NATO, in addition to calling for weapons, equipment and troops, he will be left wanting.

NATO members are right to firmly dismiss the idea of a no-fly zone over Ukraine. Enforcing this would inevitably lead to a direct confrontation with Russia and a hot war that could realistically see nuclear weapons being deployed. The potential destruction through escalation and retaliation could be unthinkable. Direct NATO involvement could also see conflict spilling out over Europe’s borders and the start of a World War. For these reasons alone, this option must stay off the table.

In addition, recent wars led by the western world in Iraq and Afghanistan have been expensive disasters for no gain on any level. These have also left a scar on the collective consciousness of the electorate. Voters on both sides of the Atlantic have no stomach for media images of body-bags containing their fallen young servicemen and women. Sanctions and company boycotts represent a powerful and more proportionate approach to bringing all sides to the negotiating table.

Similarly, the inflammatory comments from Finland and Sweden should also be tempered while the promise of arms to Ukraine should be rescinded. Both are neutral countries and should be playing a role in stopping the bloodshed while tackling the humanitarian crisis rather than throwing gasoline on the fire.

Furthermore, Ukraine is calling for foreign fighters to travel to the country in order to join the conflict.
Traditional and social media channels alike are spreading a narrative of “Dulce et decorum est pro patria mori” that echoes the entreaties of the war poets during World War I. This rising mood is misguided and will only further the pain and misery. It should be diluted by the words of Harry Patch, the last surviving combat soldier of the First World War who remembered the horrors of the trenches, when he said that war is organised murder and nothing else.

When it comes to EU membership there is a clear process in place for countries wanting to join the 27 member state bloc. Ukraine – and Georgia – will need to join the queue and follow this. Meeting the aquis communautaire will take years, not weeks, and there is little genuine appetite to speed up the procedure.

While we must stand beside Ukraine in their immense suffering and provide humanitarian assistance, the only lasting solution to this conflict is through dialogue, diplomacy and negotiation. The bombing and violence needs to cease immediately so that no more Ukrainian – and Russian – blood is spilled. If this means firmly ruling out NATO membership for Ukraine – as well as Sweden and Finland – then this is a price worth paying.

The importance of liberal democracy underlined

Looking at the broader context, the post-World War II order has been built on liberal democracy to deliver peace, prosperity and freedom.

Sadly this has been shamefully taken for granted in recent years. The global system – born out of so much suffering during the first part of the 20th century – has been eroded over the past eight decades. Woke sensibilities have further undermined the post-war arrangement. There is a Lithuanian saying that if you look to the past you are blind in one eye, but if you don’t look to the past you are blind in both eyes. Europe needs to avoid such myopia. Throughout history war has been almost ever-present on the European continent and the past 70-plus years have been a pleasant anomaly.

Now more than ever we should be strengthening our commitment to trade, freedom, functional co-operation and a rules-based system. Democracy, the rule of law and openness should remain the tenets on which our society is built, rather than “might is right”.

The future lies in interdependence and not conflict

Once bombing and aggression stops, understanding and cooperation will be needed as bridges must be built between Europe, US, Russia and Ukraine over the longer term. The notion of a clash of civilisations has been stoked for some time.

Similarly the voices in Europe for more economic, political and technological sovereignty have been getting louder. A Fortress Europe was always the wrong path to take and it makes no more sense on the back of the current crisis.

Free Trade Europa was started on the belief that free trade, openness and personal choice are the pillars on which the future prosperity of Europe should be built. This has not changed: rather it has been fortified in light of recent events. The peace demonstrations being held around the globe underline that we are not alone.

Glen Hodgson is the CEO of the think tank Free Trade Europa and Secretary General of Freelance Movement.

Should NATO enter the Russian-Ukrainian fray?
Stand arm in arm with Ukraine
Comment