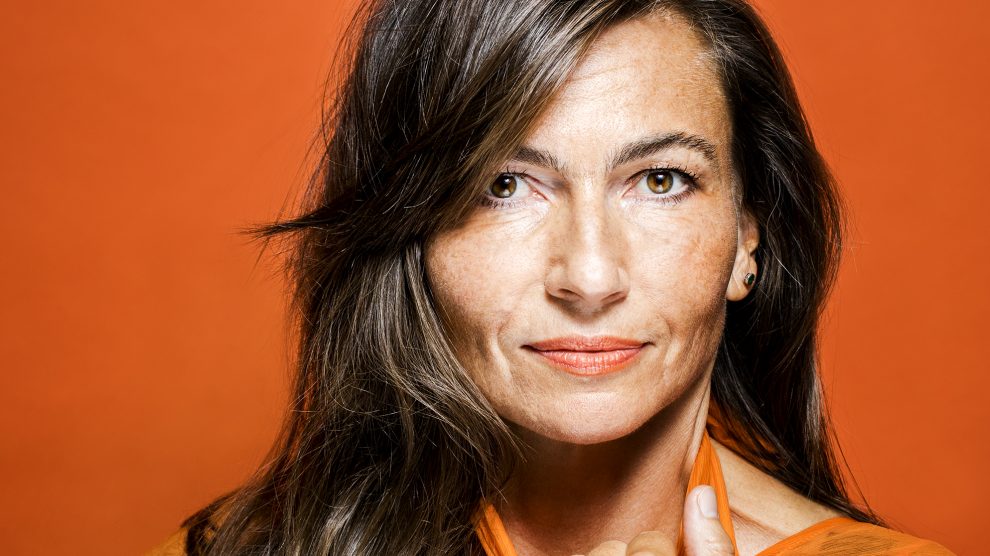 Polish writer, columnist and author Grażyna Plebanek speaks to Emerging Europe about her new books, both of which touch on very salient issues in the European collective imagination: identity and the past.

Rozbojniczki (The Women Bandits), one of two new books by the acclaimed Polish author Grażyna Plebanek, is a collection of literary essays on mature women in culture. Published (in Polish) in March, it will be joined on April 14 by another book, Zwierzęcość w mieście (Animal Nature in the City), this time about Brussels, the city that Plebanek – a former journalist for Reuters and Gazeta Wyborcza in Warsaw and Stockholm – has called home since 2005.

“This [the latter book] is about the city of Brussels, the hidden city, for example the river that was hidden away and eventually merged into a sewage system. It’s a perfect metaphor for King Leopold II, and Belgians’ reluctance to look at their often brutal colonial past,” she says.

The monuments of Leopold II and private discussions about Belgium’s colonial past are what drew Grażyna into a conversation with her adopted city.

“I knew some Belgian-Congolese living here and it was through them that I learned about the country’s often awful crimes in Africa. I started to read, I studied African literature at ULB in Brussels, I also went to Kinshasa before I published my novel Fury about a Belgian police woman born in Congo,” she says.

“It is only now that schoolchildren are being taught about Belgium’s colonial past,” she goes on. “Also an exhibition in the Royal Museum for Central Africa has been changed recently, it is now more a starting point for a discussion about the common history of Belgium and the Congo.”

Discussing Belgian and Polish identity, our conversation moves onto questions of how we remember – and should remember – the past.

“It’s as if the identity of this small nation is split, both admiring and recalling the great years when Brussels avenues and boulevards were built with money taken from Africa, and grudgingly half-accepting the terrible costs in human life that this brought to Africa.”

But this is a “very bourgeois city,” she says, with few traces of bygone eras’ stronger sense of social cohesion, community and obligation to others.

“This probably makes it less open to discuss crimes committed by what was then a colonial monarchy.”

Living in Belgium has also opened her eyes to much of what is happened under the right-wing Law and Justice (PiS) party in her native Poland.

“As for Poland, we need to get out of the library to see the shape of the library, to paraphrase Umberto Eco. It helps to see my own country when I am not among ‘mine,’” says Plebanek.

“There is clearly a backlash taking place in Poland. We are losing rights that my grandmother’s generation fought for and my mother’s took for granted. In the communist days, we would use the Church as a way of fighting the authorities and every Catholic ritual was a mini-form of resistance and disobedience. Now the paradox is that we need to fight the Church to take us back to a time when the communists had very progressive social policy but were extremely oppressive politically.

“We do not have the ‘housewife’ culture in Poland, women have always worked. I think what we are seeing now is revenge for this apparent atheism, a recalibration of the patriarchy. Women are seen from this perspective as wild, like nature, like the trees that are being logged in the Białowieża forest, and the animals now allowed to be hunted, who must be tamed, controlled, dominated.

“As the Bible says, ‘Replenish the earth and subdue it.’ This is going against the main thrust of contemporary culture, where empathy is the key value, as we see in BLM and the MeToo movement. In some sense the paradigm is the same for Leopold and the ambivalence over his legacy in Belgium. This was, after all, about taming nature, whether that be the slaughter of the ‘natives’ or control of Africa’s vast natural resources.

“In Poland, perhaps there will emerge a new generation of brave young people prepared to take on the Church, the political authorities that are beholden to the Church and the conservative cultural paradigm that still structures thought and collective possibilities to a large extent.”

“I think and hope all this will change through empathy,” she says.

“The spirit of the times is one of great vitality, and perhaps the way to deal with the centralisation of power is to change people’s minds locally, at the municipal level, culturally. The Polish opposition is so weak at the moment, perhaps this is the only way. But I am hopeful.”