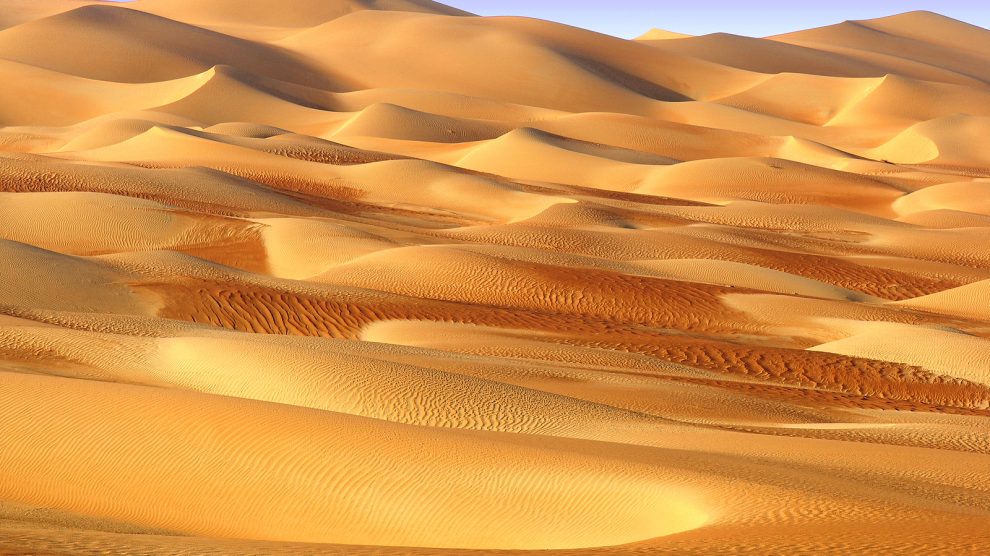 The sheer volume of available data means that identifying new markets before they go mainstream has never been easier. But are businesses – and governments – ready to take advantage?

A good salesperson can sell sand in the desert, so the saying goes. In other words, we shouldn’t hesitate to grasp any market opportunity – even if it seems unreasonable or unfeasible.

But to find that opportunity, a salesperson needs evidence. And in today’s digitalised world, that evidence is data.

Fortunately, there is now more data available than ever. Thanks to data, for example, we know that Saudi Arabia imports sand – some of it from Poland.

What’s crucial is that businesses – and governments – learn how to make the best use of this data.

“The question is no longer ‘what’ data is available, but ‘how’ we can utilise it to grow ourselves and our economies,” says Paweł Oleszczuk, advisory manager at PwC Poland.

He believes that one of the key attributes data offers is the ability to identify niche markets – such as selling sand to a country whose surface area is primarily desert.

“Exports are key components of the GDP and a motor for economic growth,” he says. “Over the last 20 years, the value of global exports has almost quadrupled, amounting to 23.9 trillion US dollars in 2019. It’s no wonder that more and more governments want and need to look for their niche on the highly competitive global market.”

“According to a 2016 report by the International Trade Centre, every one US dollar spent on export promotion generates 87 Us dollars of additional exports, which ultimately translates to an increase in GDP of 384 US dollars for the median country,” he says.

Mr Oleszczuk also underlines however that efficient export promotion programmes depend on data.

“Up-to-date IT tools finally give governments an opportunity to evolve their policy-making. Applying the right algorithms to collected data can provide decision makers with concrete insights for the future, instead of only summaries of the past. Governments no longer need to create support programmes based on their own personal experience or hunches. IT solutions can fill information gaps and ensure new efforts will produce better results,” he says.

But this also creates its own challenges.

Chris Southworth, the secretary general of the United Kingdom International Chamber of Commerce believes that while the Covid-19 pandemic has opened up a myriad of digital opportunities, to capitalise on these we urgently need to complete ecommerce negotiations at the World Trade Organisation, remove legal barriers to the digitisation of documentation at national level and invest in the fundamentals – policy frameworks, skills and basic physical infrastructure particularly in developing economies.

“The risk is that, if we don’t do these things, we will acerbate the digital divide and hamper the economic recovery,” he tells Emerging Europe.

Nobody can sell sand to the desert if nobody knows its buying.

Andreas Schaal, director of global relations at the Organisation for Economic Co-operation and Development (OECD) says that the digital transformation has reduced the costs of engaging in international trade, facilitated the co-ordination of global value chains (GVCs), helped diffuse ideas and technologies, and connected a greater number of businesses and consumers globally.

For example, there is a growing discussion about whether there is a need to update or clarify existing trade rules and commitments,” he tells Emerging Europe. “Trade rules are traditionally predicated on identifying whether products are goods or services and the borders they cross. But, in the digital era, these distinctions may not always be clear cut. Firms are now increasingly able to flexibly operate from different locations and to bundle goods with services, making it difficult to identify the particular trade rules that apply to specific transactions.”

Poland’s government is one of few in the emerging Europe that appears have realised the importance of data.

Pawel Kwiatkowski, the head of market entry department at the Polish-German Chamber of Industry (AHK), says that the government is actively taking measures in the area of digitalisation, automation and AI.

“Above all, this issue is crucial for Polish industrial companies, because the manufacturing sector has a major impact on German-Polish trade volume,” he tells Emerging Europe. “In order to meet requirements and to be competitive Polish companies must be able to follow and implement the latest technologies. This is why innovation and the acquisition of new skills within the government should also be encouraged. The Polish government wants to participate in the country’s digital transformation.”

To derive the most value from the digital tools which are now available however, PwC’s Mr Oleszczuk feels that governments should allocate sufficient funding to conduct a comprehensive IT project.

“But before developing the solution, there needs to be an analysis of business requirements. This analysis provides a deeper understanding of the current situation and where the changes should be made,” he says.

“This includes what public national, public international and private databases are available in relation to the existing business case, and identifying the needs of key stakeholders and users. This in turn creates the opportunity to look for synergies in operations of the different public sector actors, by involving datasets that have been collected but never used for such analyses before. The diagnosis ensures the IT architecture is designed based on the pinpointed areas that need support.”

The ultimate goal, he says, should be to provide decision makers with one platform that will aggregate numerous data resources under one roof and conduct automatic preliminary analyses, forecasting models and predictions in a user-friendly manner.

“The expert would then ‘only’ need to provide expert assessment, through spotting insights and trends in the data.”

But what does all this mean for the future of trade policymaking in Central and Eastern Europe?

“Export promotion programmes should no longer be developed based on past practice,” says Mr Oleszczuk. “The future requires bold moves in order to be competitive on the global market, but these moves need to be grounded in evidence. Specifically, data.

“Countries that identify a rising market opportunity long before it has already gone mainstream and adjust their policy instruments accordingly will emerge stronger. Where innovation and knowledge were the drivers for the third industrial revolution, data is the fourth. International trade policymaking has an opportunity to lead this transformation.”

Who knows what hidden opportunities lie hidden in the data? Antarctica might be the in the market for ice.

The Warsaw Stock Exchange 30 years on
‘Find your niche, and excel in it’
Comment