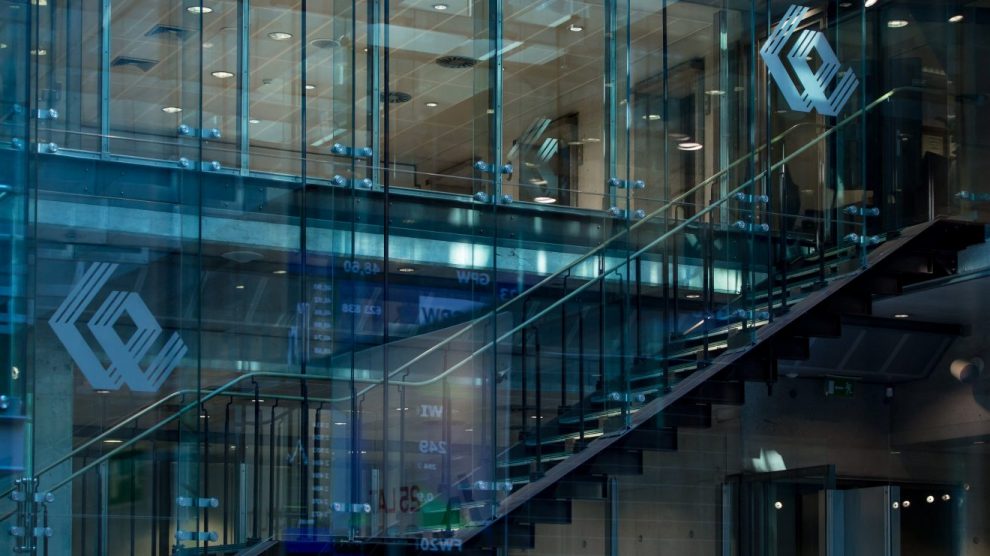 The first session of the Warsaw Stock Exchange was held on April 16, 1991.

With the second-largest initial public offering (IPO) in Europe and a record number of listings for gaming companies, the Warsaw Stock Exchange (GPW) – which in April 16 celebrated its 30th birthday – has come a long way in the three decades since trading first began in 1991. Its success shadows 30 years of the construction and development of Polish capitalism.

“Poland has changed beyond recognition in the last 30 years,” he said. The GPW and everyone who has contributed to the functioning of a safe and fair market deserve credit for building up the Polish economy. We have the biggest exchange in Central and Eastern Europe.”

“In 2020, equity turnover value of the GPW’s main market electronic order book increased by 55.3 per cent year on year to 297 billion złoty (66 billion euros). From an investor’s perspective, it was a great year,” he says.

A part of the GPW’s success can be attributed to the central bank of the Republic of Poland (Narodowy Bank Polski; NBP) setting a very low reference interest rate as a means of trying to stimulate the economy and protect it from the Covid-19 fallout.

In the last few years, the bourse has made efforts to recruit hi-tech companies. Nowhere is this seen better than in the establishment of the WIG.Games index, which tracks the performance of gaming companies listed on the exchange.

Most notably, CD Projekt Red, the biggest game development and publishing company in the region, has seen great success with its The Witcher series of games. CD Projekt in April 2020 overtook the largest Polish bank – PKO BP – in terms of capitalisation and became the highest-valued company on the Warsaw Stock Exchange.

CD Projekt’s performance just a few months later overshadowed the most spectacular debut of the regional e-commerce giant – Allegro – in the history of the GPW.

From the very beginning, it was focused on introducing such solutions as centralisation of trading, electronic trading and settlement system.

“The computers in the trading room were borrowed, the freshly varnished trading floor had not yet completely dried, and the GPW logo was designed and made on a white plate taken from the basement by a plastic artist next door,” recalls recalls Wiesław Rozłucki, the first CEO, in an interview with 300Gospodarka. “The empty stock exchange room at the end of the session, with no borrowed computers, were reminiscent of the scenes from the American movie The Sting. These and many other examples characterise most of the ventures that started from scratch at that time.”

Shares of a total of five privatised companies were listed (Tonsil, Próchnik, Krosno, Exbud, Kable). The seven brokerage houses that existed at that time carried out a total of 112 orders. Investors purchased a total of 270 shares worth 1,980 złoty.

“This small turnover, however, marked the current market prices, which had been subject to very divergent valuations just before. Already by the next session, the spread of prices proposed in the buy and sell orders narrowed from twelve to two times. Stock exchange prices immediately became a point of reference,” Rozłucki says.

Shortly after the launch of the exchange itself, one of the most recognisable abbreviations in the Polish economy was born: WIG – the Warsaw Stock Exchange Index, which owes its name to the then president of the National Bank of Poland, Grzegorz Wójtowicz.

In 1993 alone, the value of the general stock exchange index increased almost twelve times, which made the Polish stock exchange that year first in the world in terms of the rate of return on investment in shares.

Since then, the stock market has gone through periods of boom (2001-07) and bear markets (such as the one that occurred as a result of the outbreak of the global financial crisis in 2008), characteristic for each trading floor.

In 2007, an alternative stock trading market – NewConnect – was launched on the Warsaw Stock Exchange, which to this day gives smaller companies a chance to obtain the capital necessary for further development.

Recent results confirm that the GPW, like the entire Polish economy itself, has already gone from “developing” to “developed”.