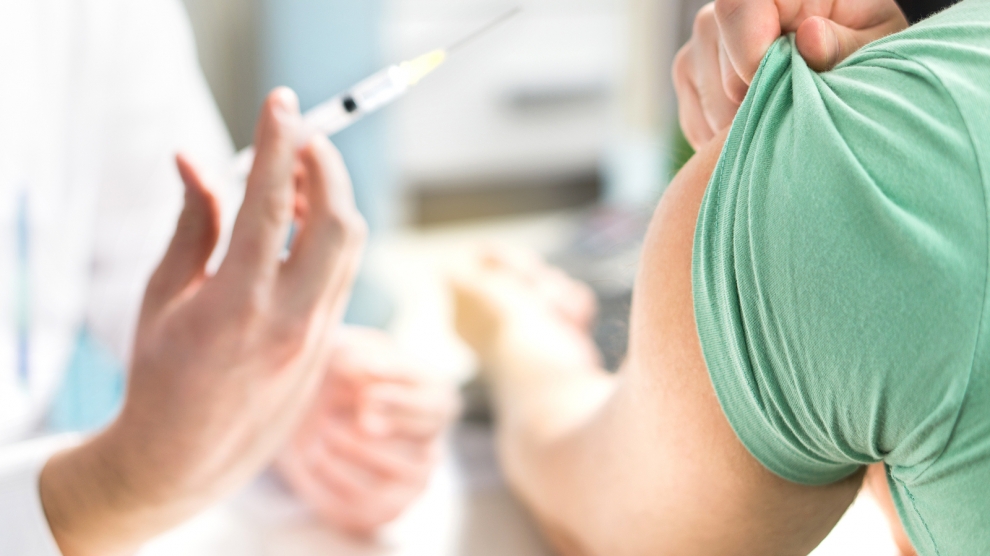 Hungary has become the first European Union member to approve the Russian-developed Sputnik V Covid-19 vaccine for general use.

The Sputnik V vaccine has not yet been approved by the European Medicine Agency, but several European leaders have indicated that it could be used to help boost supplies after delays in vaccine deliveries to the bloc.

Just 4.1 per cent of Hungary’s population have so far received a vaccination.

On February 2, medical journal The Lancet published the results of a peer-reviewed study of the Sputnik V vaccine, which showed high levels of efficacy and safety.

The findings demonstrated that the two-shot vaccine was 91.6 per cent effective in preventing symptomatic Covid-19 and offered complete protection against severe cases. There were no serious side effects, the paper said. The vaccine was also found to be similarly safe and effective in elderly people.

The Russian vaccine’s efficacy rate is almost equal to those developed by Moderna and Pfizer, which are around 95 per cent effective, and outperforms the jab produced by the British-Swedish multinational pharmaceutical company AstraZeneca, also known as the Oxford vaccine, which has published efficacy rates at between 62 per cent to 90 per cent in late clinical trials, with most trial results in the lower end of that range.

This weekend, Hungary was one of five EU countries that became the first to receive a batch of the AstraZeneca jab, along with Austria, France, Czechia and Italy.

Austria, France and Germany have already said that they are going to restrict the jab to the under 65s because of a lack of data for older age groups following the vaccine’s trials.

Hungary is also the first EU country to order the Chinese-developed Sinopharm vaccine, having placed an order for five million doses in January. The first shipments of the vaccine will arrive in Hungary this month, according to Hungarian Prime Minister Viktor Orbán’s chief of staff.

The company will supply enough doses to vaccinate 250,000 people each month through April, Gergely Gulyás said during a briefing on February 5.

The Chinese vaccine has the lowest efficacy rate of all the jabs currently being administered around the world, of 50.4 per cent. That has not, however, stopped some countries in the emerging Europe from rolling it out on a wide scale.

Serbia, which currently has the highest inoculation rate of any country in the region, of eight jabs per 100 people, has used the Chinese jab almost exclusively.

Czechia is likely to be the next country in the region to roll out the Russian and Chinese vaccines.

Czech Prime Minister Andrej Babiš visited Budapest on February 5 to consult with the Hungarian authorities on their experiences with the Russian and Chinese jabs.

“Vaccines are not a political question, but one of safety,” Babiš said, after a meeting with his Hungarian counterpart Viktor Orbán, adding that the origin of a vaccine should not influence decisions on whether to use it.

“We need a safe vaccine and we need it now. I do all I can to get as many vaccines as possible, if they’re safe,” he said.

Both Orbán and Babiš have been highly critical of the EU’s slow vaccine roll out, and suggested that countries pursuing their own procurement agreements would receive doses faster.

This week, Mr Babiš will travel to Belgrade to discuss Serbia’s roll out of the Chinese vaccine.

There, the country’s prime minister, Ana Brnabić, has also played down any political significance of the country seeking vaccines from sources not approved by the European Union.

“I think Serbia was one of the few countries that looked on vaccine purchase and distribution as a healthcare issue and not a political issue. That’s why we are successful,” Brnabić said last week.

“The only relevant matter for us being is that [the vaccine] is safe and effective.”

The EU has pledged to give six prospective members in the Western Balkans — including Serbia — 70 million euros to buy Covid shots from suppliers the EU has approved, but with deliveries across the bloc facing delays, supplies to non-member states have been few and far between.