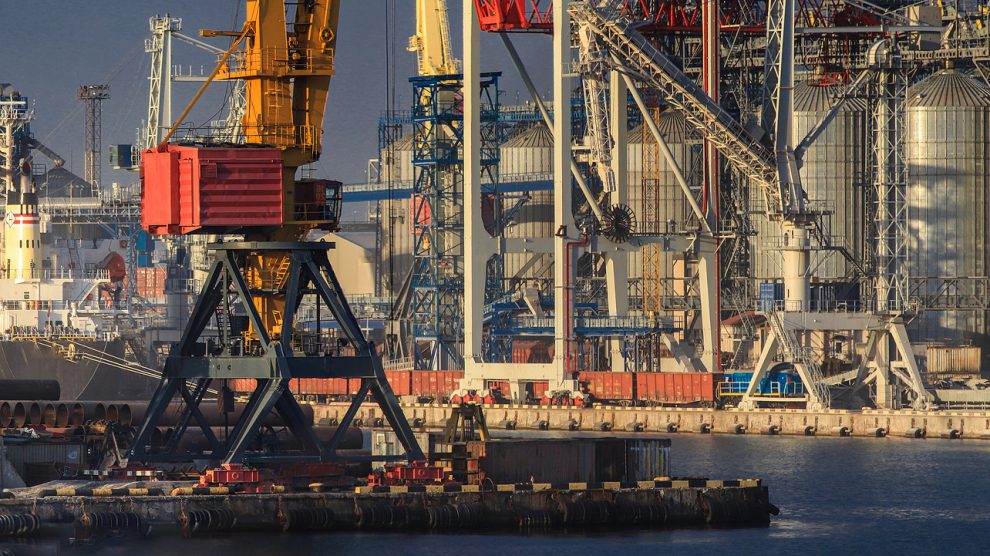 Regional actors need to work together to make the most of the potential for greater trade connectivity between Europe and wider Central Asia via the Black Sea and the South Caucasus. The United States and European Union must support them.

The tense geopolitical environment in the Black Sea region, caused by aggressive Russian actions against its sovereign neighbours, has triggered a slow but gradually increasing Western response.

There is greater NATO military presence in the Black Sea, supported by strengthening infrastructure. But balancing Russian influence in the Black Sea region requires not only enforcement of NATO allies, but also the development of connectivity, trade, and transit. While security is critical, it is important to emphasise that the Black Sea remains an essential economic gateway for all littoral states and other landlocked countries from Eastern Europe to Central Asia.

The Black Sea is an important trade outlet for the Russian Federation as well. Russia is connected to Turkey with two undersea natural gas pipelines, Blue Stream and TurkStream, which are capable of carrying up to 47 billion cubic metres of natural gas – a quarter of Russia’s total exports. Novorossiysk is a major trade port for oil and oil products, grains, metals and other export items, essential for the viability of the Russian economy. All of this means stability in the Black Sea remains a major priority for Russia’s economic interests. But the annexation of Crimea and occupation of two regions of Georgia, amplified by the constant threats facing these countries, has not helped stability in the region.

It is clear the Black Sea can play a larger role in Asia-Europe trade via the South Caucasus, if the hard and soft infrastructure elements are in place to support increased transit volumes while lowering the costs of transportation.

China’s trade with Europe via land is growing but a great majority of EU-China trade still travels via maritime routes, with delivery terms exceeding 40 days. The need for relatively faster delivery options for goods with a shorter shelf life is growing. More than 12,000 trains shipped more than one million TEU between China and Europe in 2020, placing upward pressure on the cost of rail transportation via the Russian railway system.

The South Caucasus Corridor can attract part of this cargo from western China by offering competitive commercial terms. Test shipments from China to the Black Sea ports of Georgia have demonstrated that this corridor can be competitive in timing of delivery to European markets. There is also growing potential to link the region with the Indian sub-continent and Afghanistan for trade with Europe.

Trade through the Black Sea has received an additional boost with the EU’s Three Seas Initiative (3SI), which is designed to facilitate infrastructure development linking the Adriatic, Baltic, and Black Sea areas.

The 3SI aims to promote cooperation for the development of infrastructure in the energy, transport, and digital sectors for twelve EU member states around and between the Baltic, Black, and Adriatic Seas: Austria, Bulgaria, Croatia, Czechia, Estonia, Hungary, Latvia, Lithuania, Poland, Romania, Slovakia, and Slovenia.

The key idea of the 3SI is to promote sustainable, innovation-based, smart connectivity between countries and to break the decades-long legacy of the post-World War II era in Central and Eastern Europe, when almost all infrastructure development in the region was tied to Soviet infrastructure, ensuring energy and infrastructure dependency on Russia.

The initiative targets new investments, economic growth, and energy security, by supporting infrastructure, energy, and digital interconnectivity projects, with the ultimate goal of strengthening participating countries’ security and integration with the rest of Europe. While Ukraine, Turkey, Azerbaijan, and Georgia are not included in the 3SI, they will be beneficiaries of greater connectivity in Central and Eastern Europe.

There is a chain of infrastructure projects in Georgia, Azerbaijan, Turkmenistan, and Kazakhstan which can enable greater connectivity between Central Asia, including western China and Afghanistan, and Europe, via the South Caucasus multimodal transportation system.

Railways and highways in Kazakhstan, Turkmenistan, and Afghanistan, can be linked by the eastern Caspian ports of Turkmenbashi, Aktau and Kuryk to the Baku International Sea Port. From there, connectivity can be made via railway and highway to the Georgian ports of Poti and Batumi and then onto to Ukrainian, Romanian, and Bulgarian ports, or via Turkey to the Mediterranean.

But significant public funding allocated to Caspian ports and other infrastructure projects in Turkmenistan, Kazakhstan, and Azerbaijan – as well as private investments in Georgian ports – can only be justified if international traders and freight forwarders are attracted by lower costs and efficient management. Greater efforts are needed for infrastructure development in order to eliminate the bottleneck in Caspian Sea connectivity. Another big issue is the harmonisation of tariffs and border crossing procedures for an entire range of cargos, with the common aim of increasing the competitiveness of the transit and transportation system.

As an additional incentive, a strategic vision of integration of trade and transit between Central Asia and Eastern Europe will allow the Black Sea-Caspian region to be involved in a realignment of the global supply chain.

But in order for these processes to succeed, all key regional actors of the transportation corridor must work together. And it is in the interest of the United States and the EU to strongly support them.

You can download a copy of the Middle East Initiative’s full report into Black Sea connectivity and the South Caucasus here.