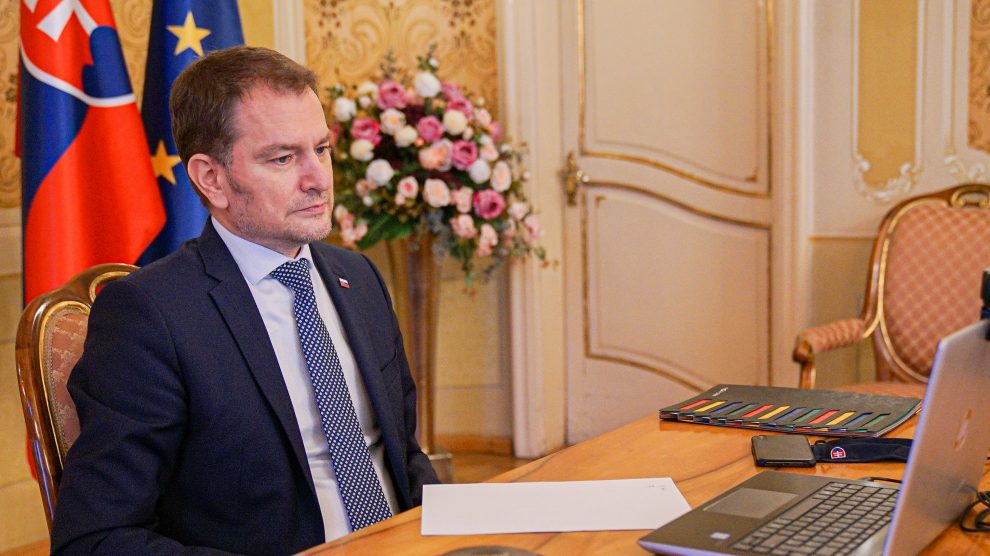 Slovakia’s prime minister is set to trade jobs with the country’s finance minister in order to end a month-long political crisis.

Slovakia’s prime minister, Igor Matovič, has stepped down as leader of the country’s ruling coalition following a month of political turmoil triggered by his decision to buy Russian-made Covid vaccines.

Mr Matovič will remain the cabinet, however, having swapped places with Finance Minister Eduard Heger, who takes over as PM. Mr Heger has been at the finance ministry since March 2020, and is the former manager of several private companies. He also previously served as a consultant for the Slovakian Ministry of Defence.

“[Heger] is a good man and all of us can trust him,” Matovič told reporters in the Slovak capital Bratislava.

Slovakia was plunged into a political crisis at the end of February when Mr Matovič purchased two million doses of Russia’s Sputnik V Covid-19 vaccine, despite disagreement among his coalition partners.

The first batch of 200,000 Russian-produced vaccines arrived in Bratislava on March 1, making Slovakia only the second country in the European Union, after Hungary, to import the Sputnik V jab.

Mr Matovič had kept the deal secret until the vaccines arrived.

Sputnik V has yet to be approved by the European Medicines Agency despite late-stage trial results, published in the medical journal The Lancet in February, which show that the jab offers around 92 per cent protection against Covid-19.

Mr Matovič defended the purchase of the Sputnik V vaccine by claiming that it would help to speed up Slovakia’s faltering vaccination campaign.

However, since Matovič’s Sputnik deal came to light, six members of the Slovak government, including Foreign and European Affairs Minister Ivan Korčok, and Branislav Gröhling, the education minister, have resigned from the 16-member cabinet, and two coalition partners – For the People and Freedom and Solidarity – said they would leave the government unless there was a cabinet reshuffle and Matovič stepped down.

Slovakia has so far jabbed around 16.5 per cent of its 5.46 million population with at least one dose of a Covid-19 vaccine, slightly higher than the European Union average of 15.45 per cent.